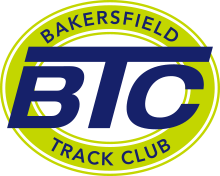 The Bakersfield Track Club Summer Series Race #6 is a Running race in Bakersfield, California consisting of a 5K.

The Bakersfield Track Club Summer Series (formerly known as the Darryl Easter Memorial Handicap Series) is a series of five 5K runs with the sixth as a fun run, volleyball game, and awards dinner in the park. Summer Series races are every other Tuesday evening at Hart Park, Section 2 at 7 p.m. with the exception for the last date, which will be one week after the race series ends.

Be The First to Review the Bakersfield Track Club Summer Series Race #6!