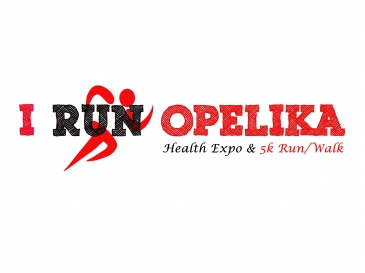 About The I Run Opelika 5K

The I Run Opelika 5K is a Running race in Opelika, Alabama consisting of a 5K.

Alabama has the second highest obesity rate in the country? According to a 2016 report by The State of Obesity: "Better Polices for a Healthier America", 35.6 percent of adults in Alabama are considered obese.
According to the same data, 13.5% of Alabama residents have been diagnosed with diabetes. That ranks the third highest in he nation.Keep Reading
The I RUN OPELIKA Health Expo and 5k Run/Walk, hosted by SmoothSax Music, was created not only to bring awareness to these stats, but other issues we face as well. The event strives to help the community live a better lifestyle by making smarter health decisions. During the expo, we will have health screenings, education, group exercises, and more.

In conjunction with the Health Expo, we are holding a 5K Run/Walk. This event will take participants on a tour through our lovely Historic Downtown area. We look forward to having participants of all ages and fitness levels.

The proceeds from this event are going to Cornerstone of East Alabama Medical Center. They are dedicated to providing assistance to employees in crisis in a caring and confidential manner, as well as partnering with the community on various service projects.

In 1991, the employees of East Alabama Medical Center established an employee crisis-assistance fund to provide financial resources when trying times plague a co-worker. From home fires to extended illnesses, Cornerstone has been a strong shoulder on which to lean, both physically and financially. Since day one, the top priority of this organization has been to assist employees in need. Most employees give for one of two reasons: because they enjoy helping their fellow employees during a crisis or because they know that they could be the employee in need tomorrow.

Be The First to Review the I Run Opelika 5K!

Tell Us What You Thought About I Run Opelika 5K