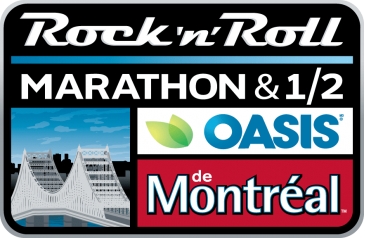 The Oasis Rock 'N' Roll Montreal is a Running race in Montr�al, consisting of a Marathon.

Oasis Rock an' Roll MontrAal Marathon is an annual marathon foot-race held in Montreal, Canada. It is the largest running event in Quebec (Canada).

The Montreal Marathon was acquired in 2011 by the marathon series Rock an' Roll. Following the concept of this series, the event now has a mostly festive and tourist destination, with musical entertainment along the course, and a concert at the end of the race.

About 25,000 runners set foot on the streets of Montreal this weekend as part of the Montreal Oasis International Marathon! With the spotlights turned to the musical pillars of the metropolis, runners of all levels could appreciate the view andKeep Reading the sound of Montreal culture! This exceptional racing event in its category started on Saturday morning with the 5 km and 10 km events. The marathon and the 1/2 Marathon took place on Sunday. The five routes, all new this year, brought participants to the Quartier des spectacles de MontrAal. The runners lived a weekend filled with music and sport, and an arrival in the heart of the legendary festival place that makes Montreal famous!

Be The First to Review the Oasis Rock 'N' Roll Montreal!

Tell Us What You Thought About Oasis Rock 'N' Roll Montreal