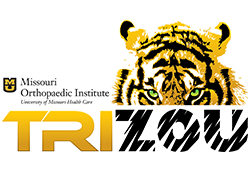 The TriZou Triathlon is a Duathlon race in Columbia, Missouri consisting of a Youth/Kids.

The annual TriZou Triathlon was the very first Ultramax event. Trizou has now grown into one of, if not the largest, pool swim triathlons in the nation. It is certainly one of the most popular early-season triathlons in the region. Over the years, several USAT National Champions and hundreds of USA Triathlon All-Americans have raced in the special elite field. This annual sprint triathlon is the perfect triathlon for those wanting to get started in the sport. The event is staged on the University of Missouri campus. Triathlon venues just don't get any better than this! The event features the very popular time trial pool start in that amazing state-of-the-art MUKeep Reading competition pool. The DuZou Duathlon and SuperSprint were added to introduce the beginner athlete to the world of multi-sport. This is the perfect way to introduce someone to the sport!

Be The First to Review the TriZou Triathlon!

Tell Us What You Thought About TriZou Triathlon