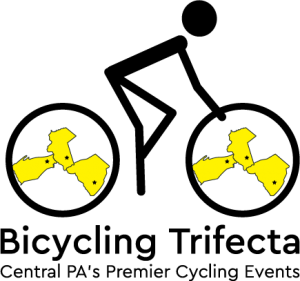 The Bicycling Trifecta - Central PA's Premier Cycling Events is a Cycling race in Lancaster, Pennsylvania consisting of a Recreational Event.

Riders receive a beautiful commemorative glass beer mug. They also have the opportunity to purchase a special Trifecta jersey to wear in recognition of their accomplishment. The beer mug must be picked up at the Three Creek Century event.

Be The First to Review the Bicycling Trifecta - Central PA's Premier Cycling Events!