Best of the Bay Century and Double-Century 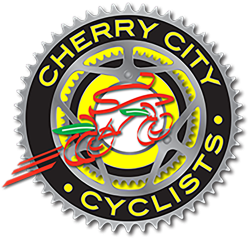 About The Best of the Bay Century and Double-Century

The Best of the Bay Century and Double-Century is a Cycling race in Castro Valley, California consisting of a 100 Miles.

"See a sunrise with majestic views of the San Francisco Bay Area, cycle through wooded hills, regional parks, and our very own wine country."

Our event includes an official CTC double century as well as a single century option. Both rides start and finish in Castro Valley, California.

Our double century route has three segments on which we include an experience filled with many of the best and most memorable cycling roads offered in the San Francisco Bay Area. The first segment has many small climbs and descents heading North to Grizzly Peak and back.

The most challenging part of the route is the second segment, which climbsKeep Reading and descends Mt. Diablo.

The third and final segment of the double century ride travels to these other great cycling offerings in the Bay Area: Sunol-Ohlone Regional Park, the Livermore vineyards, and the foothills of Mt. Diablo. The final 60 miles are less demanding, resulting in a finish without any significant challenging climbs.

Our single century is a part of the double century route and includes Mt. Diablo, Las Trampas, and Sunol-Ohlone Regional Park.

Be The First to Review the Best of the Bay Century and Double-Century!

Best of the Bay Century and Double-Century